The 3dasd 3D scanner is built around a Time-of-Flight scanning LIDAR (Garmin LIDAR-Lite v3) that is capable of doing point-by-point distance measurements. To scan the whole 3D space instead of a single point, the 3dasd scanner is rotating and tilting this LIDAR around the vertical and horizontal axes while continuously taking and saving measurements.

These measurements are first saved in a custom file format (.asdp) that’s essentially a list of spherical coordinates of the points. The point-convert utility helps converting from this format to common point cloud formats. 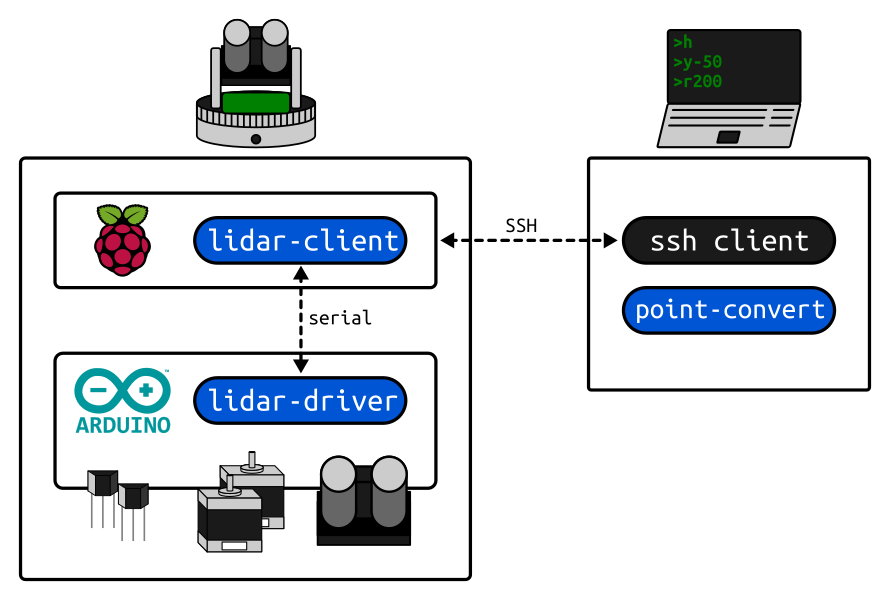 Let me know what you’re interested in! Get in touch!